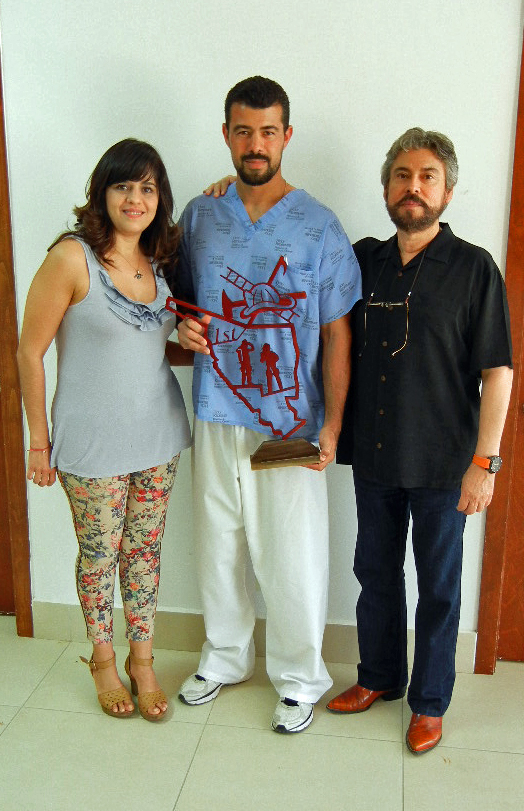 On Saturday, June 14th, there was a State Firemen Rally Competition held here in Rocky Point. These were the #1 firefighters from each city in Sonora competing in a race where all the different situations that can happen in a real fire situation are simulated. The competition “rally” was held at the area of Peñasco del Sol Hotel. There were 32 firefighters competing against time and each other in brutally 100° F temperatures with 75 % humidity while wearing all their equipment (approximately 100 lbs.). Several participants were overcome by the heat during the competition and required assistance.

Amerimed’s own nurse, who happens to also be a firefighter and teaches paramedics, won the 1st. place trophy!!!! This was an outstanding performance against such competitors.

His name is Alonso Gauna Krawstor, 33 yrs. old, born in Puerto Peñasco, and who is recently married and working for Amerimed Hospital Puerto Peñasco.

Also of note, as of June 17, 2014, the CEO of Amerimed Hospitals has firmly stated that the changes, and equipment for the hospital should start arriving this July 2014.