A young Mayan princess who was promised to a prince from another kingdom found herself in love with another man, a young warrior. When her father found out about the clandestine affair, he wanted to have the warrior killed but the princess begged for his life. The King decided instead to turn the warrior into a […]

There will be a 7 week Film Workshop (in Spanish) on Saturdays beginning Feb. 18 through March 31, sponsored by the local Primera Toma (First Take) Film Club. Topics to include: introduction to the seventh artform, aesthetics, audiovisual language, film, production, characters, the making of short-films, and projection. Cost: $100 pesos registration + 1000 pesos for […]

As reported earlier this week, local photographer Daniel Lopez is currently in Chicago, IL where he will take part in the first of a series entitled “Paraisos Escondidos” (Hidden Paradises), which aims to reflect traditions of a specific town or region in Mexico. This first event, which will take place on Feb. 29, 2012 will […]

A weekend with RCPM in Rocky Point Part II Our “weekend with Mexican Moonshine and RCPM” wasn’t just about Saturday night at JJ’s Cantina in Cholla Bay. It all started on Thursday evening, Jan. 26, when RCPM and Mexican Moonshine promoters Greg, Dan, and Keara brought the band to Latitude 31 in town where owners Mike […]

A weekend with RCPM in Rocky Point Part I Roger Clyne describes his Mexican Moonshine tequila, Reposado and now Silver, as having a “glow”, a term used by aficionados of the agave nectar. Yet, it is more than clear that the Mexican Moonshine glow expands beyond the carefully crafted bottles (perfect size for attaching a CD below) […]

Used with permission from: Dan Lopez The instants when I am lost between the moment and the capture are the moments that I think of you   ~ D. Lopez So begins the latest entry to Puerto Peñasco photographer Daniel Lopez’s blog. The site, filled with powerful images of the Sea of Cortez, shrimp boats, sunsets, […]

Not being what you would call an expert in the kichen myself, though I can make a mean guacamole with my husband’s recipe, I was pleased to learn that Chef Mickey will be starting up his Saturday Cooking Classes again on Jan. 21.  For those who have followed Mickey around town over the past few […]

The other day, after running around all morning we decided to search out a simple lunch spot so we could eat, run, and get on our way. We thought about two or three of our regular selections, and finally decided to try out a new spot…which brought us to El Infiernillo Toluca style Tortas. This […]

Ok, I’ll admit it. Though I’ve enjoyed bits of their music streaming out of Puerto Peñasco drinking holes for at least the past ten years, I have never been to one of the local Roger Clyne and the Peacemakers concerts. Gasp! I know, I know…   When some friends of ours had a little spot called “Around ‘d Corner” down […]

Looking for a tasty hot drink to help ring in the New Year?  Try out this traditional Mexican ponche recipe. You’ll find many of the ingredients at local Fruterías y Verdurías (like the new spot of the Sinaloan Fruit shop on Blvd. Sinaloa). Ingredients: piloncillo cone (dark sugar molded into cone shapes) 15 guayabas 25 tejocotes  (pronunciation: tay-ho-coat-tay […]

Did you hear the Fiesta Cruiser has been turned into a 24-hour disco on the beach?  How about news of all the streets in the Old Port being paved with used rubber tires?  What’s even more exciting than that…well, all development projects in Rocky Point are slotted to be finished by summer of 2012 and Rocky Point doctors […]

The annual posadas leading up to Christmas day have begun all across Mexico, and of course here in Rocky Point. Traditionally, within the Catholic community the nightly posadas (from about Dec. 16 – 24) represent the journey of Mary and Joseph as they sought shelter on Christmas Eve, and were turned away from inns before […]

This just in…. the 3rd Grand Christmas Concert of the Puerto Peñasco School of music has been changed to TODAY  Dec. 14 (rather than the 15th). The change came from the School of Music itself with the concert  event still programmed to take place at 8 p.m. with an entry fee of $80 pesos. The […]

One of the many colorful traditions of the holiday season in Mexico is wrapped up in the cones and flowing tissue paper of piñatas. In addition to adorning children’s parties throughout the year, piñatas are customarily used during posadas leading up to Christmas Day. In brief, the posadas are a way to reenact the travels of Joseph and […]

Many local artisans, who at other times of the year may be found strolling up and down the city’s beaches with their wares, or in shops along Calle 32 “Rodeo Drive” on the former road to Cholla Bay, have set up an Art Expo on the fringe of Shrimp Plaza near City Hall. The small […]

Along with Chinese shadow puppetry, poetic dueling from Cyprus, and other cultural traditions, Mexico’s mariachi music was recently recognized by the United Nations, during a Nov. 2011 meeting in Bali, Indonesia, as a World Heritage element. Mariachi music itself was recognized for “teaching values of respect for Mexico’s history and Indian roots.” Read the full […] 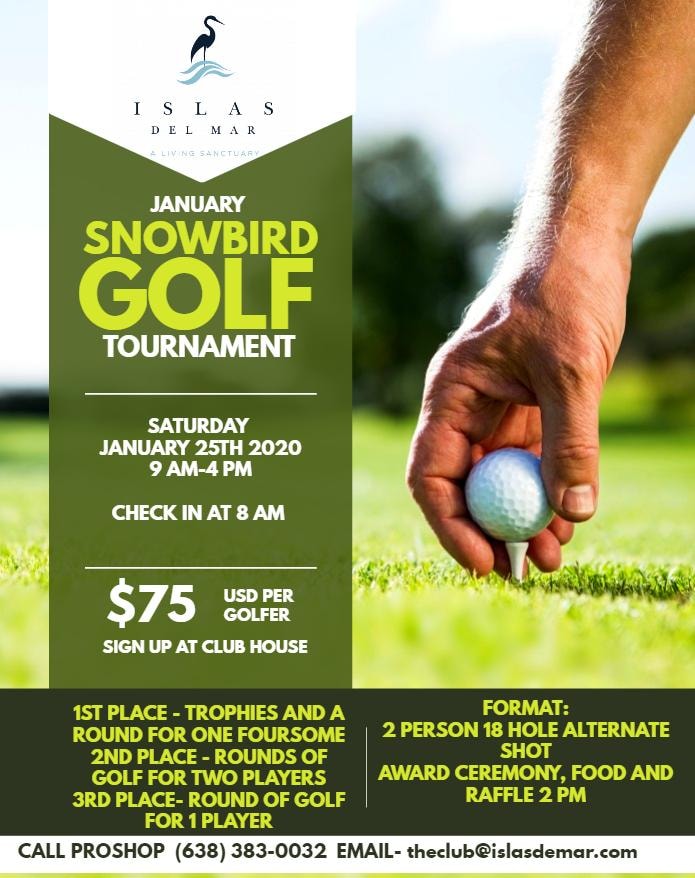 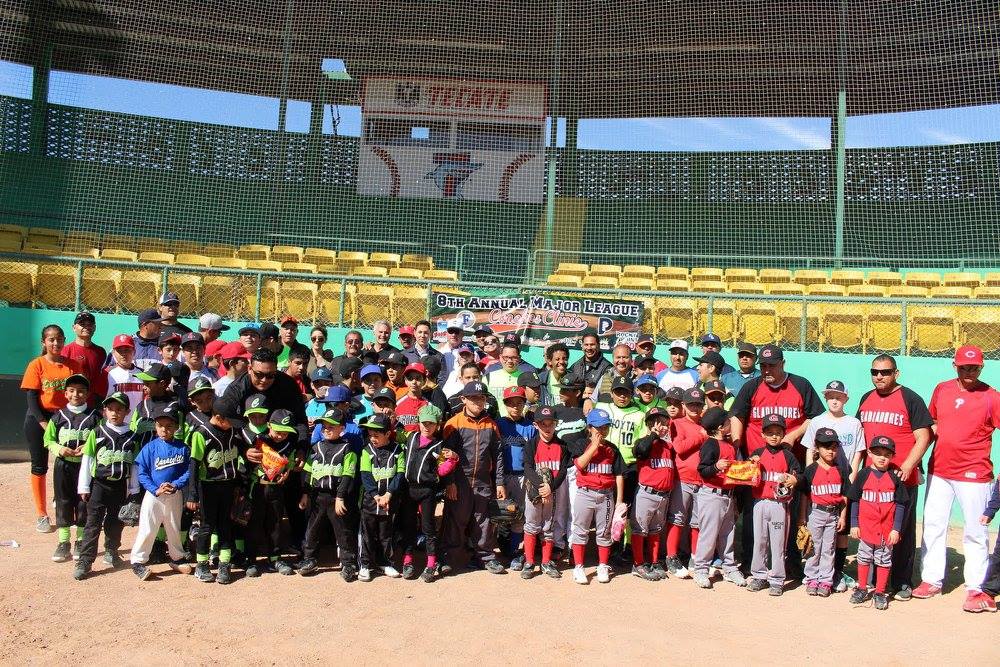 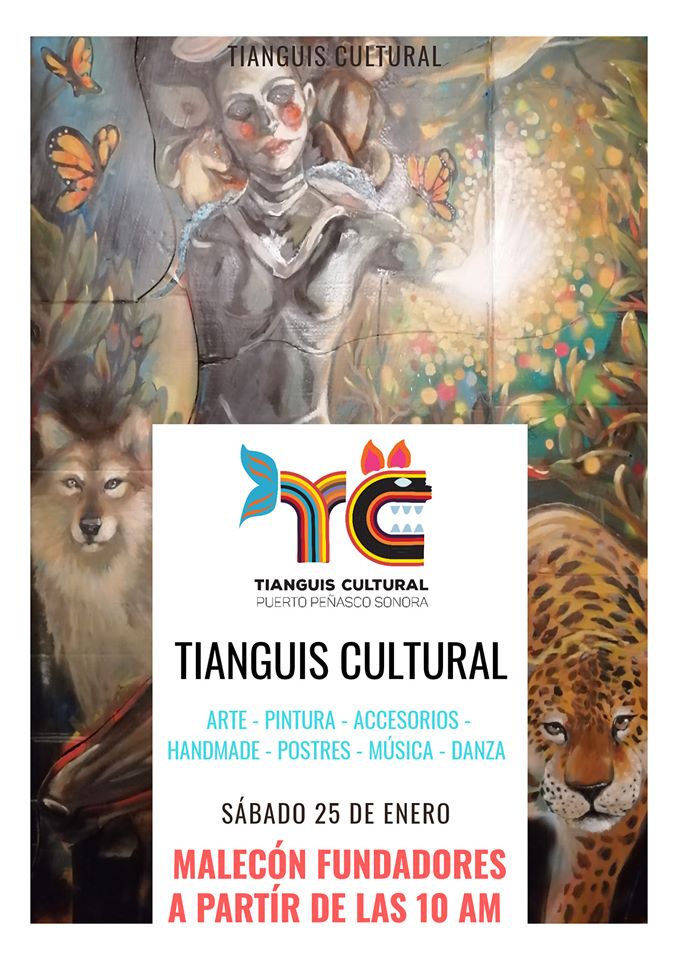