Fundraising for community programs and projects of the local Rotary Club (CR Mar de Peñasco, AC) saw a nearly 50% increase in proceeds from the 2nd Annual Seafood “Fish Bowl” Festival organized by the Mermaid’s Market together with the Puerto Peñasco Rotary Club.

The event, now in its 2nd year, is held on the Saturday before Super Bowl (hence the name “Fish Bowl” explained Rotary Club President Shandra Keesecker). Keesecker detailed an estimated 650 people attended this year’s event, which included the participation of over 15 restaurants along with 25 artists, as well as stands to promote local scout groups and additional community services.

While final figures were still being tallied, the Rotary Club president expressed the event managed to raise over 60,000 pesos, which will allow the club to continue to participate in upcoming grant projects through Rotary International, as well as in local programs aimed at serving the community of Puerto Peñasco. 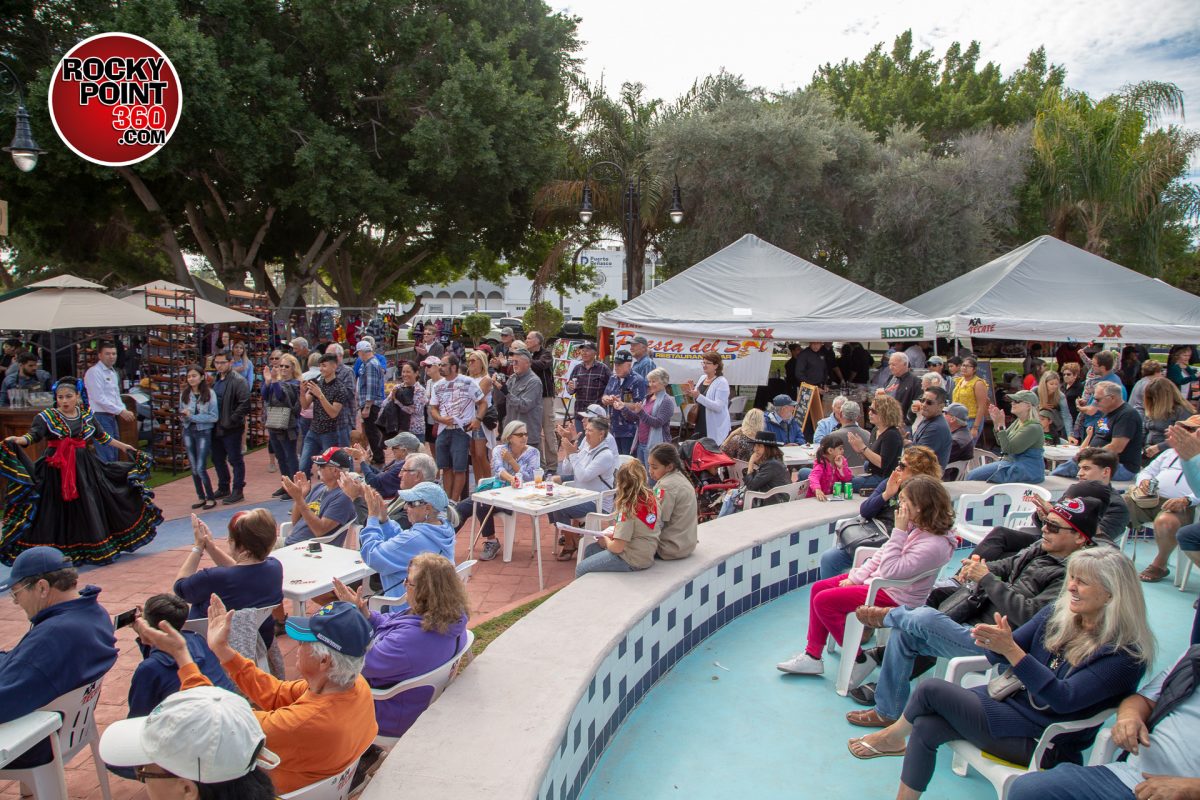 Keesecker extended appreciation to Russ and Naomi Black of the Mermaid’s Market, along with the various artists that take part in the bimonthly Mermaid’s Market, for their interest in collaborating in the event for a second successful year.  Keesecker expressed further gratitude to fellow Rotarians who were hands on throughout the event, as well as to artists and musicians Los Hijos de Mauricio, the Orgullo Nacional baile folklorico troupe from CETMAR high-school, performance artist Vogart, Afirka Duste  African Dance Ensemble, as well as Canaantzi González and Karen Aguirre for sharing their talents on stage at the event.

Thank you to Seafood Fest participants:

Special thanks to additional Raffle Donors!

Artists of the Mermaid’s Market