With Roger Clyne & the Peacemakers’ yearly pilgrimage to the shores of Rocky Point for Circus Mexicus right around the corner, here are 10 reasons we’ll see you in Rocky Point for RCPM CM XXV  June 9th – 12th, 2016!

1. Four day musicus festivus! Being so much more than just a concert, or even a music weekend, Circus Mexicus 2016 encompasses four days …from the first strums of Brad Perry @ Banditos on June 9th to the traditional patio at JJ’s both Friday night and Sunday morn, back to the Mexican Moonshine Mainstage Fri & Sat, and through the last chord of Jim Dalton and Eddie Spaghetti on Borracho Domingo Sunday, June 12th….and lots of spots in between! 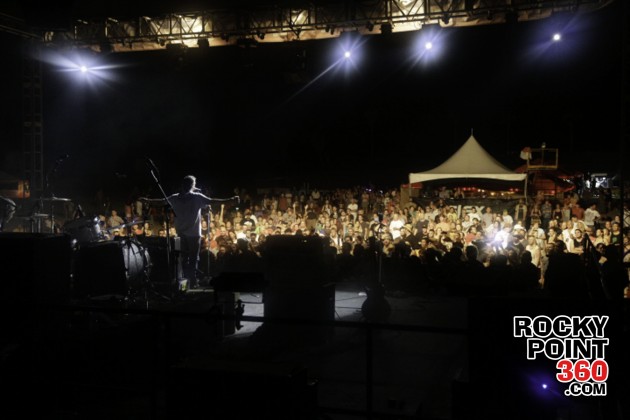 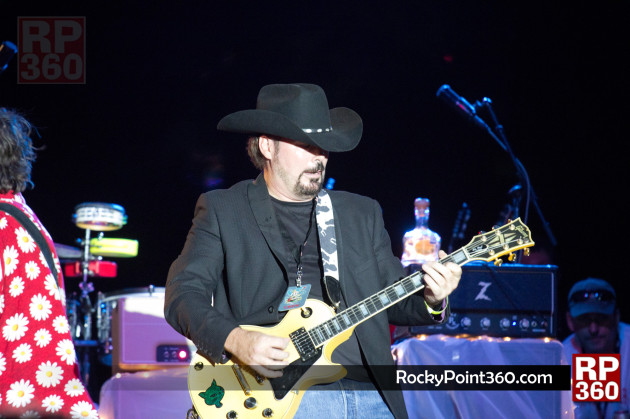 3. Refreshments Reunion  FFBBXX!  Before Roger Clyne & the Peacemakers, Roger and drummer P.H. Naffah were part of The Refreshments and 2016 marks the 20th anniversary of their debut album Fizzy Fuzzy Big & Buzzy. At CM XXV, Refreshments guitarist Brian Blush will play lead guitar along with P.H., Roger, and Nick Scropos. You may remember Blush was part of Circus in 2013 and he’ll be back to continue the tradition. We hear fans can expect a couple rare Refreshments B sides tossed into the mainstage sets.

4. Two nights of RCPM on Mexican Moonshine Main Stage!  RCPM will be headlining both Friday and Saturday on the mainstage, playing original sets each night. Event promoter Greg Ross admits, “Many, including myself, loved the marathon 4 hour Saturday night Circus Mexicus set of years past.  The truth is, we as fans don’t always pace ourselves well and so much of the magic toward the end of the night was missed by so many.  Splitting RCPM up over 2 nights allows the band to rock longer and with more diverse set lists.  The change in format last year seemed to go over very well.”

7. Taking in Puerto Peñasco! In addition to the traditional shows at Banditos and JJ’s Cantina, the 25th edition of Circus Mexicus will include venues such as Wrecked At the Reef, Al Capone’s Seafood and Pizzeria in town, and Xochitl’s in Cholla Bay. Ross explains, “We want fans to be able to enjoy music all over town and not just on Sandy Beach.  Someday we may be able to expand to more venues, but we need to take baby steps and keep things somewhat organized.”

8. Giving back!  We already said it’s not really just about a concert – or even two…or three…or four…  Circus Mexicus, which draws fans from at least 30 different states across the U.S. and several countries from abroad, offers fans ways to give back to the community of Puerto Peñasco. When P.H. Naffah first started what was known as “Hot Dog & a Smile”, this helped raise funds for the local Esperanza para los Niños children’s home outside of town; Peacemaker fans have since run with the ball and each year help gather items needed at Esperanza.  Find out more by checking out the “Esperanza Wish List” group.  To go along with Roger’s yearly Rock & Beach Soccer tournament on Saturday a.m. (this year planned for 8 a.m. in front of Wrecked…yes, 8 a.m.), the band asks fans to bring new and gently used sporting goods for the Peñasco Youth Sports Foundation, plus RCPM raffles raise additional donations for the local Family & Services Organization (DIF), helping to support families in need throughout Peñasco. Puerto Peñasco Mayor Kiko Munro met with event promoters recently, thanking the band and its fans for supporting the community. 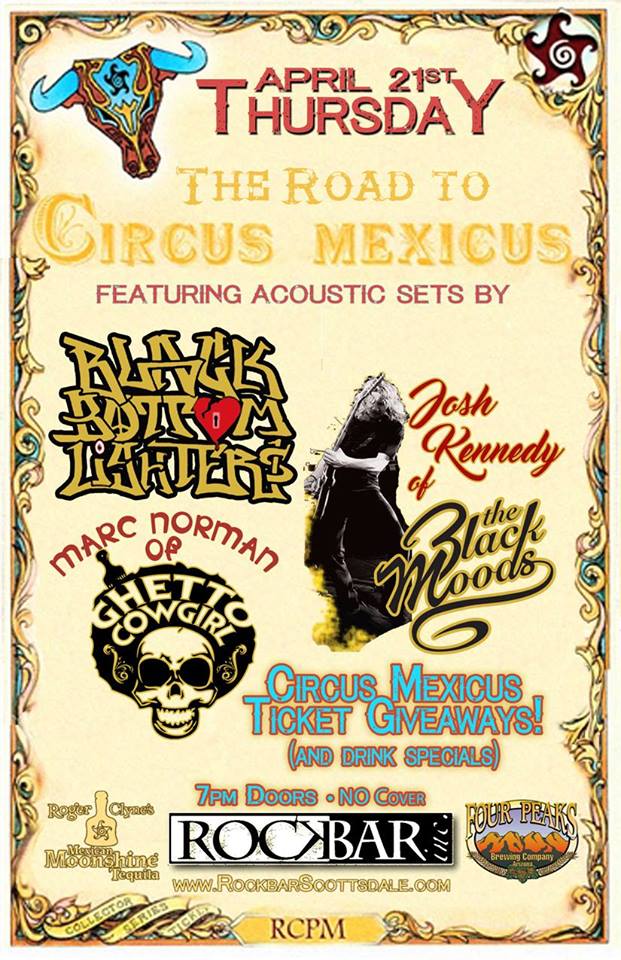 9. The Road to Circus Mexicus!  Head over to RockBar in Scottsdale on April 21st to start the countdown – plus there will be CM ticket giveaways not to mention a hint of what’s to come with acoustic sets by Black Bottom Lighters, Marc Norman of Ghetto Cowgirl, and Josh Kennedy from The Black Moods.

10. ¡Boletos, por favor! Easy to get tickets online – plus as of today VIP tickets are still available! As the band has been out celebrating 20 years since Roger and PH’s band The Refreshments first launched “Fizzy Fuzzy Big & Buzzy”, tickets went on sale a little later this year. 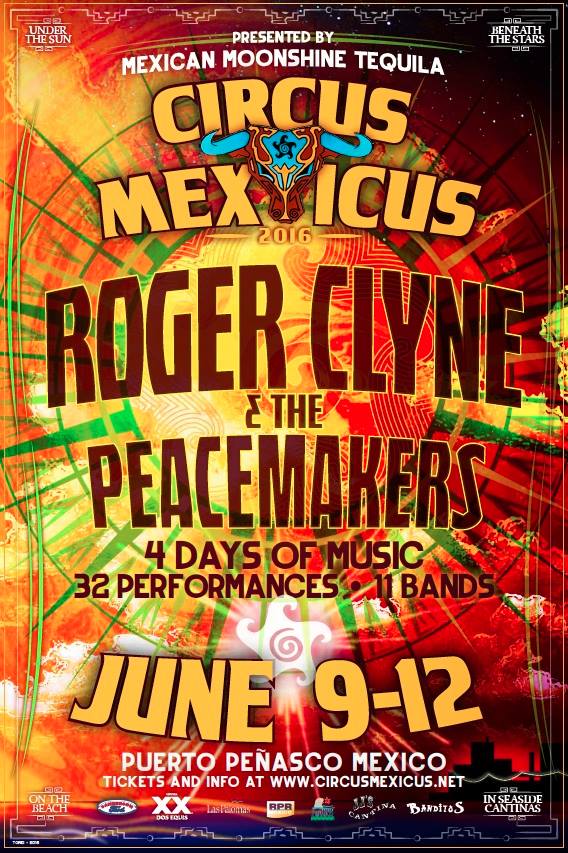 Condo reservations can still be made at various Sandy Beach condos and Las Conchas homes by calling RPR Mexico toll free at 866-483-3379.  If Las Palomas is more your style, book direct at www.laspalomasresort.net .